What the Rugby World Cup can teach you about tourism marketing

In case you’ve been living under a rock for the past week or two, the 2015 Rugby World Cup (RWC) is in full swing, with matches taking place at venues across the UK for the six week tournament. Fans are painting their faces, sticking flags to their cars, downloading the official RWC app (what do you mean you didn’t know there was one?) and getting into the buzz of the event.

The tournament is a big deal, expecting to attract more international visitors than any previous World Cup, contributing up to £869 million in direct expenditure, and supporting over 41,000 jobs (source: Ernst & Young).

RWC takes years to organise, involving thousands of people – the reach via social networks and the web has never been greater and it presents a real opportunity for businesses, and not just the official sponsors. Here we take a look at some of the marketing lessons from the event and look at how your tourism business could capitalise on similar future events.

Take advantage of opportunities to get involved in current events

If your audience are involved in the conversation, you should be right there with them. Takeaway – Are you watching the World Cup? Comment on the live matches using the relevant hashtags and be seen by a whole new audience. Reply to others, take a genuine interest, and enjoy the opportunity to genuinely connect with others online via a shared interest.

Cardiff Castle got behind the arrival of RWC with a giant rugby ball, crashing through its wall.

The visual impact of this publicity stunt has generated countless posts on social networks, as fans share photos of themselves in front of the spectacle.

This smart move by the tourism venue is attracting thousands of rugby fans to its walls, keen to capture ‘selfies’ while the RWC circus is in town, in addition to its usual target audience of families.

Takeaway – Follow events that your audience loves and tap into their passion by creating a visual celebration at your premises – a special edition pasty shaped like a rugby ball? A flower bed planted with Autumn flowers to bloom in the shape of the world cup in September (this one would take a bit of planning but could reach a huge audience)? Perhaps a rugby outfit for the family dog? Share your photos on Facebook, Twitter, Instagram, etc. using the relevant hashtag and join the fun.

#RugbyWorldCup and #RWC2015 have been trending on Twitter since the event kicked off (excuse the pun) and brands have been quick to capitalise on the exposure.

Now I don’t know about you, but if I’ve shared a family photo to a company’s Facebook page, I’m going to keep checking back to see if others have engaged with or commented on it. I’m going to feel a greater sense of loyalty to that business since I’ve shared a personal photo with them, and I may even tell some of my Facebook friends about it.

The increased engagement from posts like this also sends a strong signal to Facebook that I like this business page and therefore want to see more of its post – the complex algorithm used by Facebook to decide which content we see in our newsfeed at any one time can’t be manipulated, but genuine engagement and interest is a strong indicator that a business’s posts are working.

Takeaway – How could you capture your audience’s love of an event? How could you start a conversation to your own Facebook page? A competition is one way (see the latest rules on running competitions on Facebook here) or try creating your own hashtag that incorporates the event (#CanonRugbyWin).

Be where your audience is

RWC first took place in 1987 with just 16 teams competing, but this number has since grown to 95, with huge television audiences of over 4 billion.

However, if your business specialises in yoga weekends, health retreats or cooking holidays, these 4 billion RWC watchers might not be your primary audience. You might instead consider offering ‘rugby-free breaks’ to delight your customers who, after less than seven days, are already sick of the constant chatter around the tournament.

There are plenty of other events taking place right now or in the near future:

Perhaps none of these events matter to you but if they matter to your target audience, they should be on your radar.

Takeaway – Who are you targeting? Who is most likely to come and stay with you? Know what events your audience cares about, follow them, and create online content that resonates.

The Youth Sport Trust works closely with England Rugby 2015 to “bring rugby’s core values to life across the curriculum in secondary schools”.

The success of the RWC is largely due to many organisations and influencers working closely in a coordinated way, and there are scores of these partnerships, both formal and informal, enhancing the long-term impact of the tournament and capitalising on the opportunities it presents for communities, young people and schools.

The leafy district of Elmbridge in Surrey has capitalised on the buzz around the RWC by encouraging shops and local businesses to display their own decorated bikes in support of the England team around the streets.

This attracts tourists, generates media coverage, and shows the area’s support for the high profile event.

Takeaway – Are there other similar organisations you could work with to coordinate a high profile stunt around a key event? Perhaps a local tourism association, or a business networking group who, together, could make a real visual impact. Work together to generate ideas and implement – this sort of team work could lead to lasting long-term business relationships that could help all concerned long after the event has finished.

Visual content is a big deal online and is essential to growing your reach and engaging with your audience.

Takeaway – Be sure to include good quality visual content in your topical posts, while also using relevant hashtags and asking your readers to engage.

The main sponsors of events such as RWC 2015 will have paid millions for the exposure – but knowing what your target audience cares about and sharing in their passions through your own social networks doesn’t have to cost you a penny.

So if the 2015 Rugby World Cup is something you know your guests will be watching at venues across the UK, then get yourself down to your local pub and get cheering (all in the name of research, of course… ahem). 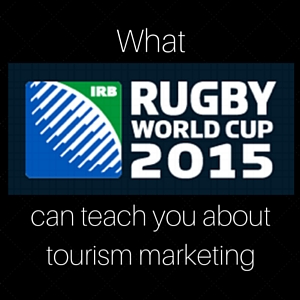 Article Name
What the Rugby World Cup can teach you about tourism marketing
Author
Lucy Thornton
Categories: All 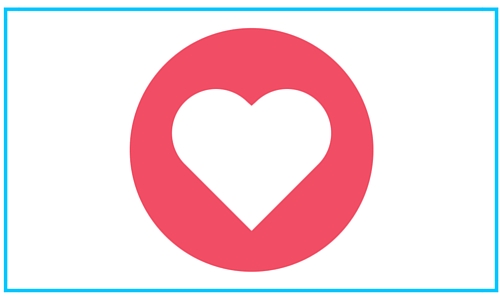