Getting started with Facebook advertising (even if you’re a newbie)

You publish another post to Facebook and yet again lament the incredibly low reach – only 25 people have seen your post. How is that possible when you have so many likes?

Your posts are informative, interesting, entertaining, and there’s even a flash sale or two added into the mix which always used to get people excited. But now, nothing. Barely even a like or two.

Organic reach, the number of people who were shown your post in their newsfeed through unpaid distribution, has never been so low. Many businesses are reporting figures of just 1-2% compared with 20% a few years ago.

You know the audience is there – you know the potential is there – but you don’t know how you can reach them without spending a fortune.

Lucky for us, there is a way and I’m going to show it to you.

How did we end up here?

When Facebook first launched in 2004 it was a small social network for Mark Zuckerberg and his Harvard roommates to stay in touch. Since then it has evolved into a monster, with 1.59 billion monthly active users* and 50 million Facebook business pages**. 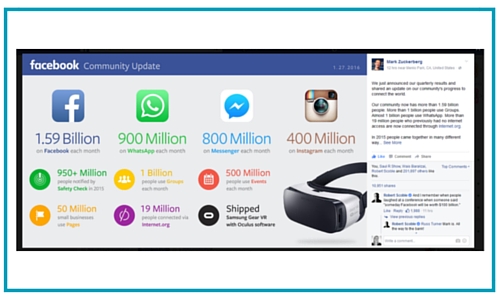 All these avid users make for a busy space – at any one time there is competition from around 300 pieces of content, all fighting for a space in your newsfeed.

This presents a challenge – imagine logging into Facebook and seeing a steady stream of adverts and sales posts in your newsfeed. Not cool. Most of us don’t use Facebook to be sold at – there are shopping channels for that – most of us are on Facebook to connect with friends and stay in touch with family.

The challenge for Facebook is how to keep people interested and engaged – to overcome this, the techies at Facebook HQ have developed a complex algorithm to decide what is shown to users in their feeds.

For businesses, this is potentially bad news, because if someone is given the choice of seeing a photo of their grandson on his first trike or an advert from a holiday company, it’s pretty clear who wins and it’s not the holiday company.

Now the holiday company can pay a few pence to get their advert into the newsfeeds of whoever they like. Yes it’s annoying to have to pay to play, but it’s also a highly targeted and cost-effective way of reaching the right people with the right message. 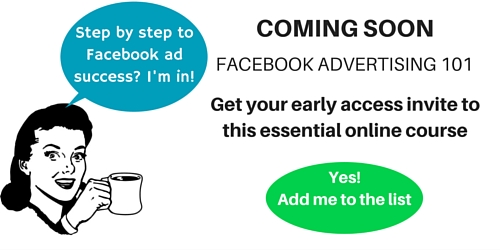 The first decision you need to make when placing an advertisement on Facebook is who to target. There are four main types of audience:

Let’s take a closer look at each of these groups.

You remember I said organic reach is only around 1-2% at the moment? This means that if your page has 1,000 likes only around 10 people are seeing each of your posts. Rubbish, right?

The first type of audience you can reach is your existing connections, where you tell Facebook to show your advert to people who have liked your page. Hopefully this audience is already warm, they have heard of you before, and you’re just reminding them that you’re still around.

This is a sneaky little technique for tapping into the large audiences already built-up by other businesses. By choosing this audience, you are asking Facebook to show your advert to people who have liked another business page, ideally one that targets a similar type of customer to you.

If you’ve already built-up a decent email list, you can upload this to Facebook and ask that your ad is shown to the people on your list. This is another warm list of people who have heard of you before through your emails or because they’ve booked with you before, so they’re more likely to book with you again or at least open your next email.

This final audience taps into the scary amount of information Facebook holds about us all – they know what we like, what we don’t, what we buy, where we live, what we do for a living… Using this fourth audience type, we can upload our email list and ask Facebook to show our ad to people who are like our subscribers.

These are brand new prospects who may never have heard of you before – but they fit the same profile as our existing email list, making them likely to convert.

Once you’ve decided who you want to target, you need to define your message, and this relates to what you’re trying to achieve with your ad.

When you start setting up your ad, you can’t do anything until you’ve chosen an objective from the ten available: 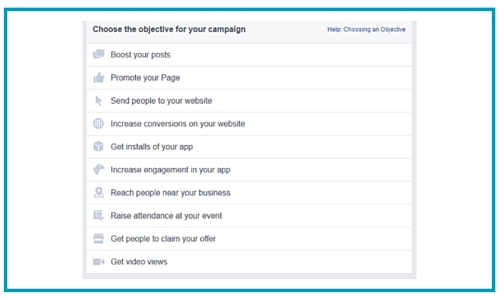 The next steps will depend on which objective you choose, but generally you will need to create the visuals and write the content.

What makes a good Facebook ad? Remember people aren’t on Facebook to watch cheesy ads or to be sold to so your ad needs to be engaging and eye-catching.

This ad for a free video course works – it lists the benefits in clear, simple language. 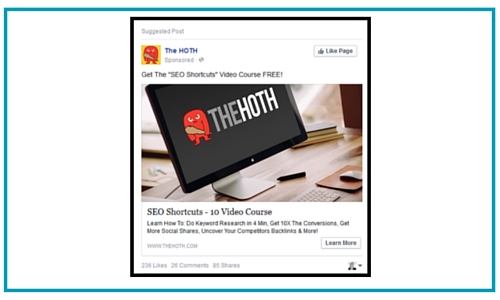 The only thing I would consider changing is the call to action button – ‘Learn more’ isn’t strong enough. Perhaps ‘Download’ or ‘Sign Up’.

If your objective is website clicks, conversions or app installs, you’ll be offered the following options when choosing your Call to Action button: 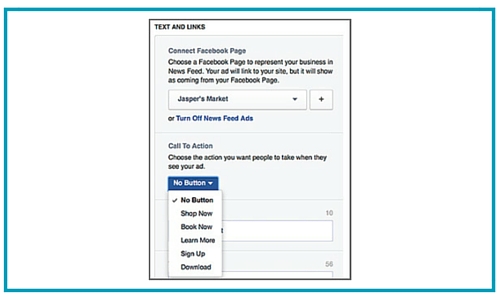 This ad by Twinkledeals uses the carousel ad template, which features 3-5 images within one ad:

There is a clear ‘Shop now’ button as well as low prices to entice people to click through to the website.

So there are a variety of ad formats to choose from, whether you’re running one single image, a range of pictures or a video. Test different formats to see what works best for you.

When you first set-up your ad and choose your audience, Facebook will show you how many people your ad could reach, based on the criteria you’ve chosen. It will also recommend a daily budget, which you can increase or decrease manually – however, I normally leave it as recommended and only tweak it once the ad has been running for a few days. 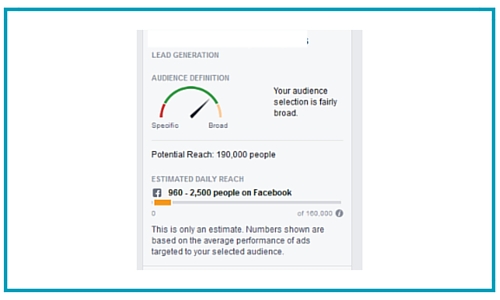 The latest figures from Facebook suggest it’s only going to get bigger, which means more users and more competition for that precious space in a user’s newsfeed.

The golden days of huge organic reach may be gone, but advertising offers a cost effective alternative to reaching a targeted and engaged audience. If you haven’t yet tried it, now might just be the time to give Facebook advertising a go… before everyone else jumps on board and the increased competition pushes the prices up.

PS I’m developing a Facebook advertising course for beginners which will launch in the next few weeks – get your early access invitation by registering here and I’ll let you know when it’s live so you can get in on the first group. Look forward to seeing you in the course. 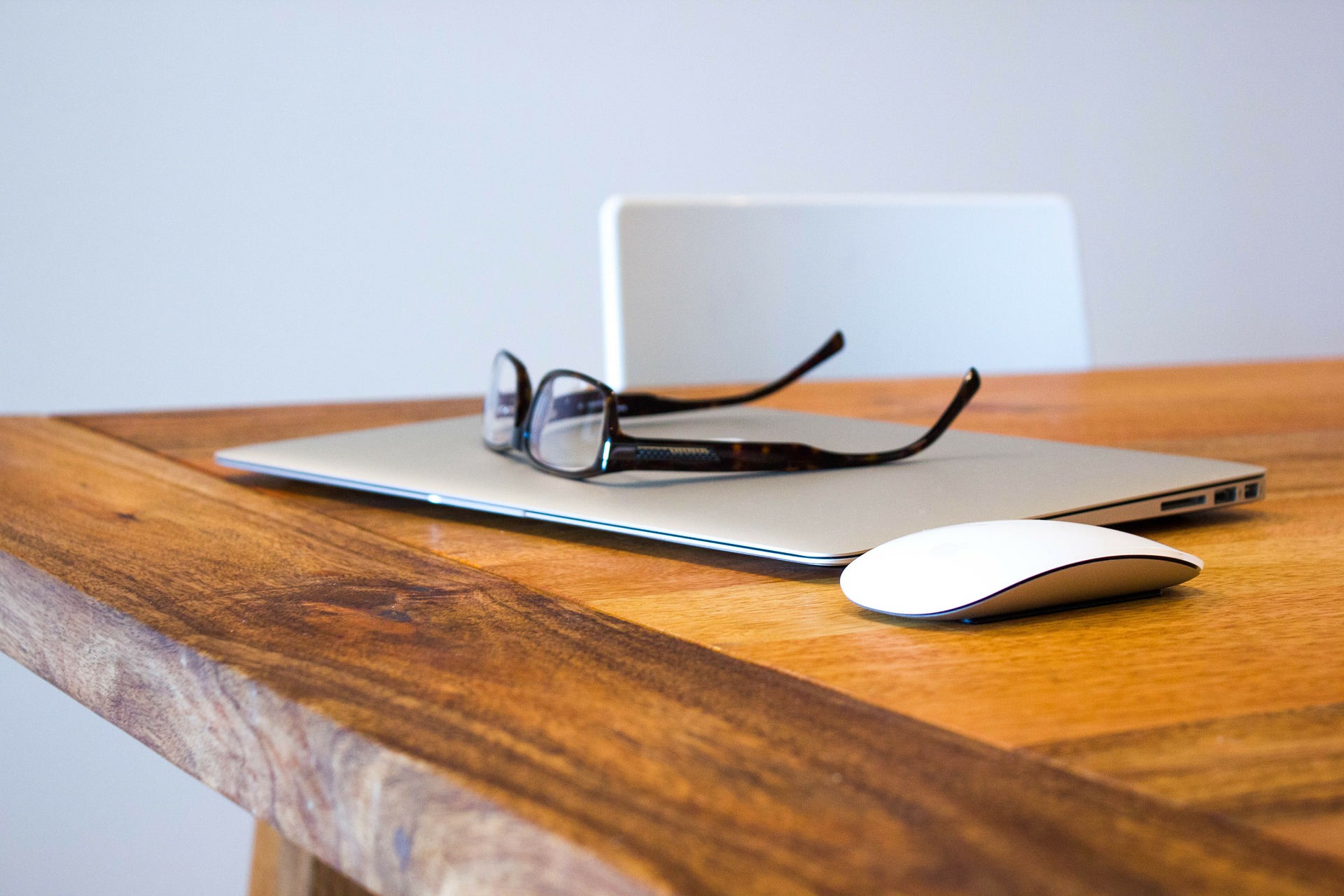 Facebook is the biggest social network in the world. Despite the growth of What’s App, Snapchat and Instagram, it remains the king of online communities with over 1.6 billion active users. But it’s not easy Read more… 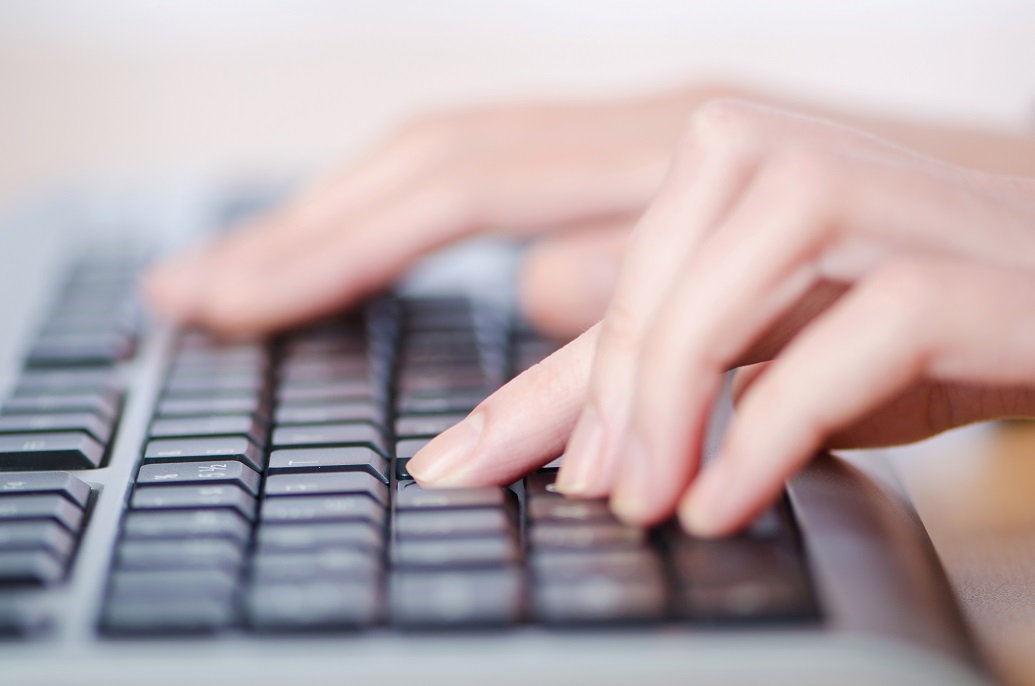 Ever wondered why and how to follow Facebook pages as your business page? It’s one of the best ways to ensure your feed is vibrant, varied, engaging and successful, but you may not know how Read more… 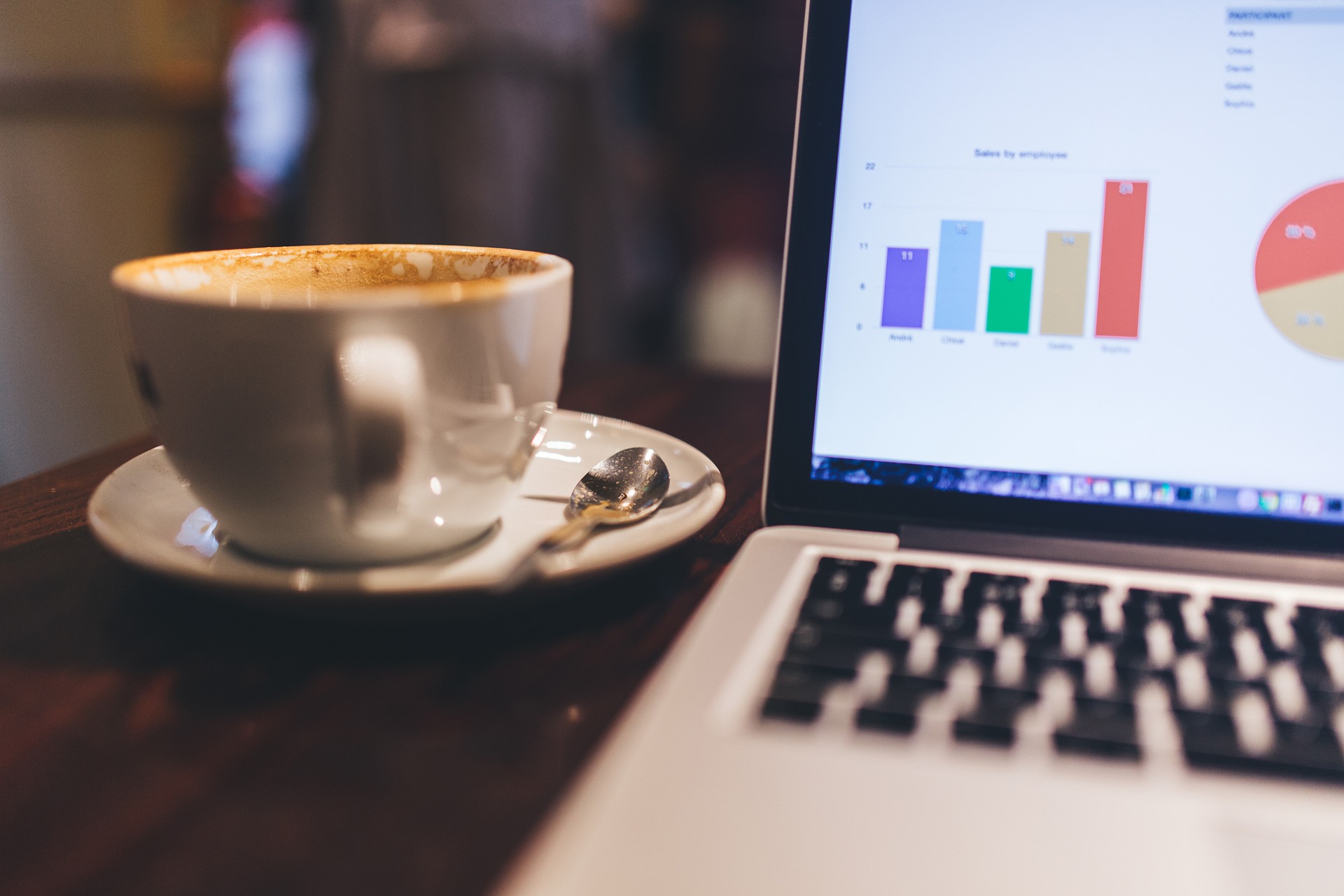 Looking at your Facebook reach figures can be a bit like looking at the scales after your annual holiday… pretty depressing. Surely those numbers can’t be right? Surely the machine is broken? Nope. Sadly they Read more…